Face ‘Splosion on a Sword’s Edge

The last posts included campaign scenarios with Swords Edge in an alternative history and then a straight fantasy setting. This time, let’s look at something closer to science fiction.

Ive been sharing some of the genres in which Ive used Swords Edge, and these are generally outside, or at least different, from those provided in the text. This time, its kind of sci-fi, but really its a computer game adaptation. 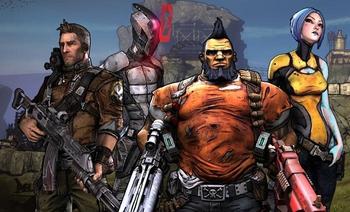 One of the adventures Ive written for Swords Edge is a science fiction actioner. Ive been a fan of Borderlands for quite some time, as you may have noticed if you’ve read this blog for any length of time. I had developed a simple system to replicate the shoot em up style of play, but it didnt really work as I wanted. Swords Edge is one way of doing it, so here are some of the narrative characters I created to mess up PCs in Face Splosion.

The Assault Bots are the cannon-fodder, sent in to get blown up real good by the PCs. Theyre minions, so one shot is one kill, but at Average, they arent complete push-overs.

At another point, the PCs will need to crack a secure program, and instead of just having intrusion countermeasures electronic, the system has an actual AI providing the security. 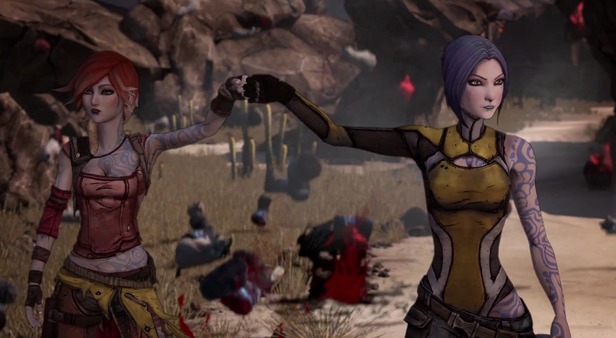 At one point, the PCs face up to the underboss, a kind of boss fight but not the big boss. This is Helmut, the brain of the big bads bodyguard put into a robots body. Hes definitely tuned up to ruin someones day.

So those are three of the characters that the PCs on Anesidora will run into in my own little version of Borderlands.

You can find the Sword’s Edge Kickstarter here.

You can read about my obsession with Borderlands here.

My attempts are Borderlands RPGs are referenced here.