Angling Away from Saxon Britain 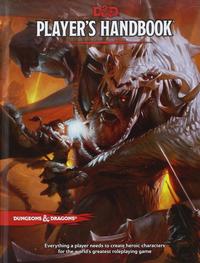 So, D&D happened last night (as I write this). We took up a lot of time getting characters ready. D&D is at its most complex with character choices, especially if you come at the game as a complete novice. Without preconceptions and assumptions, nothing is apparent and everything is mysterious. Two of the players had no exposure to D&D5E and had not had played D&D for ages – for at least one of them it was pre-3E.

But in the end, the delay in getting the game going wasn’t the biggest problem for me. The biggest problem for me were the setting assumptions hardwired into the system. I should have known this – I did know this at one time, but distance had made me forget. I had not run D&D for a decade and had not run anything even d20 adjacent since 2010 (save for a con game using D&D Next).

I knew how magic heavy D&D was. That was really the issue. The demihumans all became versions of the Fey, matters of belief to those around them, but very few actually interacting in society so figures of prejudice and suspicion. That’s cool. We could work with that. It could fit into early 6th century CE Britain. It was the flashy magic fired like bullets from an AK that gave me pause. 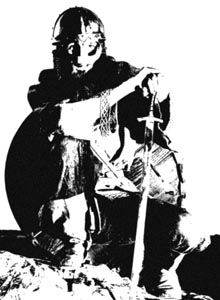 My intent had always been to address the system-setting clashes in the narrative. Give a narrative explanation for the spells. Address the prejudice to the Aelfar through role-playing. The latter works. The former?

And let me say that I very much believe system matters. That is to say that one’s play experience will degrade if one uses the wrong system. I knew this going in, but accepted it because – honestly – I wanted to play D&D again.

All of my games have very specific design goals. Even Sword’s Edge, a generic/genre-free system was built to deliver a specific kind of game, one in which the mechanics serve the narrative. Once again, I knew in my head the mistake I was making, but in my nostalgic heart, I thought I could paper over the cracks.

It just ain’t so. The narrative stretch to cover a cantrip like Fire Bolt in Anglo-Saxon Britain is extreme. And I don’t just mean historical Britain at that time. That kind of magic is not terribly apparent in the worldview and folklore of the time. The Ango-Saxons believed in magic, sure, but not like that. It might fit into the folklore of many places in Asia, but not Europe.

So, in the end, the setting will bend to the system. I am recompiling the setting as a second-world, a place inspired by early Anglo-Saxon Britain, but not tied to it. There will be names and places, cultures and events that are all based on early 6th century Britain, but it will not be that locale, because Fire Bolts and Flaming Strikes have no place there.

Thankfully, the other D&D game that I will be running is built specifically on the setting assumptions of the system. Let’s hope the narrative is strong.